$1 shipping on NOW! Spend $200 save $40 use code SAVE40. Spend $300 save $60 use code SAVE60.* We deliver Australia wide.
You currently have no items in your shopping cart.
KEEP SHOPPING
chevron_right

Towels not drying in the bathroom?

It's important to take proper care of your bath, face, and hand towels to extend their life and keep them fresh, healthy, and absorbent.

It's not always easy to figure out the best ways to keep your towels soft, fluffy, and smelling fresh, so we've put together a list of our top towel tips!

From wet towels not drying in the bathroom to stiff and scratchy towels – we'll have all your towel problems sorted in no time.

Towels not drying in the bathroom

You may be making a very common mistake that makes your towels less absorbent, rough, and scratchy in texture.

If you find the softness is disappearing from your towels, it probably means you're using too much detergent. Using too much washing powder or liquid can start building up in your towels as the rinse cycle isn't enough to get it all out of those beautiful long fibres. Luckily, there's a quick fix:

To rinse the detergent residue, run your towels through two 60°C cycles. Instead of adding detergent, wash with a cup of vinegar. This should remove the build-up leaving your towels feeling brand-new again!

TOP TIP: For extra fluffy towels, dry them in your dryer with dryer balls (or a tennis ball!).

It seems obvious to say you should be washing your bath towels regularly, but almost half of us aren't washing our towels frequently enough. Towels begin to smell and contract germs quickly and should be laundered after every third use! As hand towels get used even more often, they should be washed accordingly and go into the machine every 1 - 2 days.

Run them through a spin cycle in your washing machine with 1 cup of white vinegar (not rice wine vinegar!). Then rewash them with your regular detergent.

Hang them out to dry, spreading them out as much as possible or throw them in the dryer. This drying step is super important, as the dampness in your towels is an odour-causing bacteria's favourite place to grow!

You just bought beautiful new towels, but they're constantly linting and shedding little bits of fluff all over your home! You may be surprised to hear that this is very normal for new towels, particularly when they have long fibres. Just throw them in a couple of wash cycles before using them, and the delicate fibres will break down and settle.

There's nothing quite like stepping out of the shower and wrapping oneself in a soft, plush bath towel. That's why we've curated the most premium bathroom towels, sheets, face cloths, and sets. Shop the full range here.

We sat down with some of our Boss Babes to see what their morning rituals are, and how it helps them to kick their goals.
NEXT POST keyboard_arrow_right 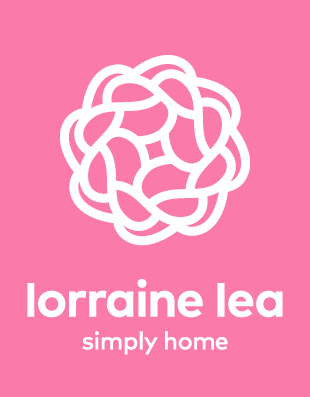 Winter Styling Hacks For Every Room

How to create a monochromatic colour scheme

Confirm the checkout of Host Order